Here is an engraving of James Watt himself. 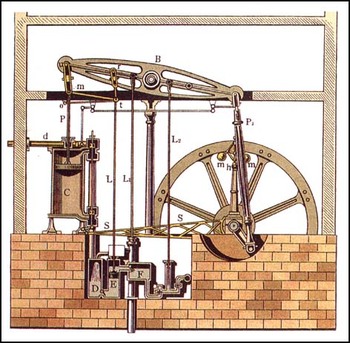 James Watt was a Scottish inventor and mechanical engineer, born in Greenock, Scotland who was famous for his improvements of the steam engine. In 1765, James Watt while working for the University of Glasgow was assigned the task of repairing a Newcomen engine, which was considered inefficient but the best steam engine of its time. That started the inventor to work on several improvements to Newcomen's design. 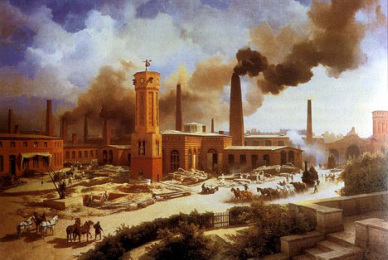 Most notable was Watt's 1769 copyright for a separate condenser connected to a cylinder by a valve. Unlike Newcomen's engine, Watt's design had a condenser that could be cool while the cylinder was hot. Watt's engine soon became the dominant design for all modern steam engines and helped bring about the Industrial Revolution. A unit of power called the Watt was named after James Watt. the Watt symbol is W, and it is equal to 1/746 of a horsepower, or one Volt times one Amp. 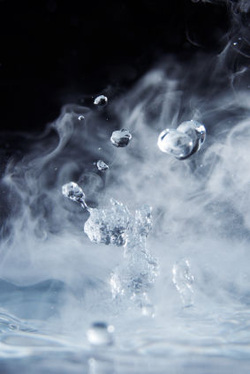 James Watt's research determined the following facts:
1.    The volume for heat of iron, copper, and of some sorts of wood, as compared with water.
2.    The size of steam compared with that of water.
3.    The quantity of water evaporated in a certain boiler by a stroke of coal.
4.    The flexibility of steam at various temperatures greater than that of boiling water, and an approximation to the law which it follows at other temperatures.
5.    How much water in the form of steam was required every stroke by a small Newcomen engine, with a wooden cylinder 6 inches in diameter and 12 inches stroke.
6.    The quantity of cold water required in every stroke to condense the steam in that cylinder, so as to give it a working power of about 7 strokes on the square inch. 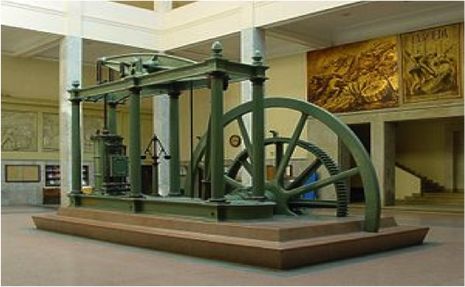 The Watt steam engine was the first type of steam engine to make use of steam at a pressure just above atmospheric to operate the piston helped by a limited vacuum (empty space). Here is a late version of a Watt double-acting steam engine. Steam engines of this kind propelled the Industrial Revolution in Great Britain and the world. Offering a dramatic increase in fuel efficiency, the new design replaced Newcomen engines in areas where coal was expensive, and then went on to be used in the place of most natural power sources such as wind and water.
Powered by