Roman Water Power - Aqueducts and the Power of Gravity 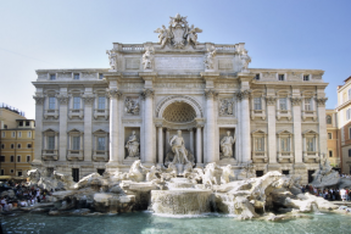 Romans in just a few hundred years grew to be the greatest empire in European history. By then they had clean drinking water, splendid public baths, proper toilets, laundries, sewers and idustrial scale food production with water-mills powered by aqueduct water. 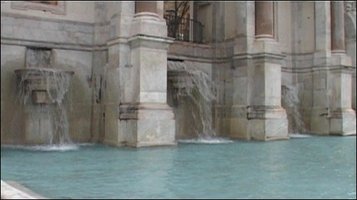 The Roman Aqueducts are among the greatest achievements in the history of Europe.  The Roman Empire was a successful civilisation due to the health of its citizens who drank clean spring water. Although more than 600 aqueducts were built throughout the Empire, the Roman technology of the capture of the waters is almost a total mystery.

Below is a diagram of how the Roman Aqueduct worked. 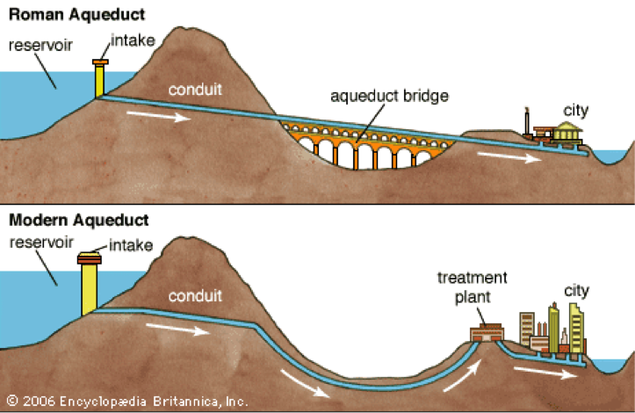 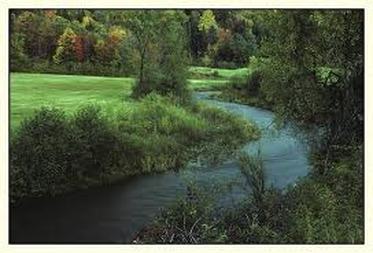 The ancient Romans understood the principles of water power very well and in some outer parts of their empire they made large and excellent use of water as an energy sources. The ancient Romans were experts at constructing and maintaining aqueducts that could carry quantities of water sufficient to supply large cities over considerable distances. In the areas in which water power was not used water flow in rivers and streams was solid throughout the years but showed some seasonal difference. 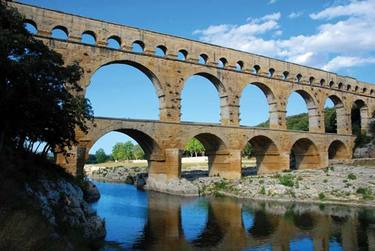 Aqueducts moved water through gravity alone, being constructed along a slight downward angle within channels of stone, brick or concrete. Most were buried beneath the ground, and followed its outlines, obstructing peaks were avoided or, less often, tunneled through. Where valleys or lowlands occured, the channel was carried on bridgework, or its contents fed into high-pressure lead, ceramic or stone pipes and siphoned across. Most aqueduct systems included sedimentation tanks, washing and issueing tanks to control the supply at need. 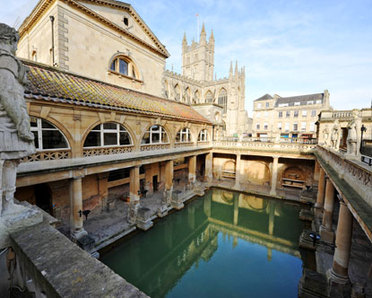 Rome's first aqueduct supplied a water-fountain sited at the city's cattle-market. By the third century AD, the city had eleven aqueducts, sustaining a population of over a million in a water-extravagant economy. Most of the water supplied the city's many public baths. Cities and towns throughout the Roman Empire copied this model, and funded aqueducts as objects of public interest and community pride, "an expensive yet necessary luxury to which all could, and did, aspire."
Powered by