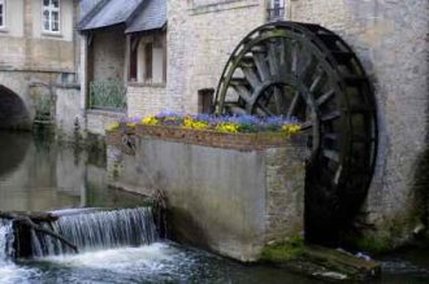 The earliest clear evidence of a Water Wheel comes from ancient Greece and Asia Minor, being recorded in the work of Apollonius of Perge of c. 240 BC, surviving only in Arabic translation. unpresuming numbers of water wheels have been identified in various parts of the Greek and Roman World, and they may have once been much more larger than historians have recognised. The Romans used both fixed and floating water wheels and introduced water power to other parts of the Roman Empire. The basic construction is described by the engineer Vitruvius writing in 25 BC in his work De Architectura. The Romans were known to use water wheels greatly in mining projects, with enormous Roman-era water wheels found in places like modern-day Spain. 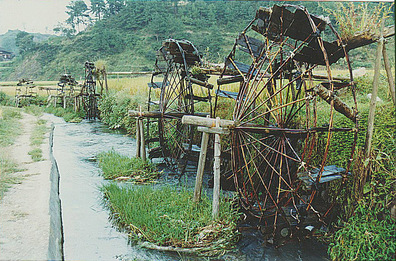 Chinese water wheel history almost certainly has a separate origin. Early waterwheels were invariably horizontal waterwheels. By at least the 1st century AD, the Chinese of the Eastern Han Dynasty began to use waterwheels to crush grain in mills and to power the piston-bellows in forging iron ore into cast iron. 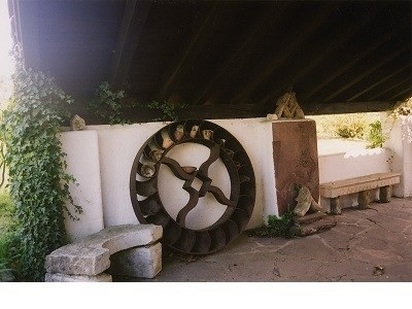 Islamic Period
Muslim engineers worked with water wheels as early as the 7th century, a digging up of a canal in the Basra region discovered remains of a water wheel dating from this period.  A variety of industrial water mills were used in the Islamic world, including grist mills, hullers, paper mills, saw mills, ship mills, stamp mills, steel mills, sugar mills, and tide mills. Muslim engineers also used crankshafts and water turbines, gears in watermills and water-raising machines, and dams as a source of water, used to provide additional power to water mills and water-raising machines. 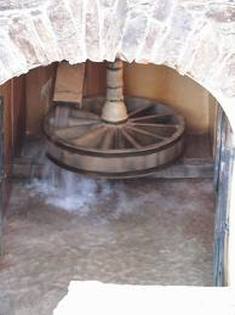 Grist mills (for corn) were undoubtedly the most common in European water wheel history, but there were also saw mills, fulling mills and mills to fulfill many other labor-concentrated tasks. The water wheel design used most commonly in Great Britain and the United States was the vertical wheel rotating about a horizontal axle.