The water wheel is an age old invention that has been used for everything from grinding grain to generating electricity. 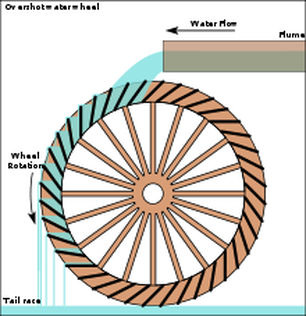 The water wheel is a machine used for converting the energy of flowing water into more useful forms of power, a process otherwise known as hydropower - the energy that comes from gravity and the mass of water x acceleration. As early as the 1st century BC, the ancient Greeks and Romans used water wheels (an ancestor of the water turbine) to grind grain. In the Middle Ages, waterwheels were used as tools to power factories. A water wheel is made up of a large wooden or metal wheel, with a number of blades or buckets arranged on the outside rim forming the driving surface. 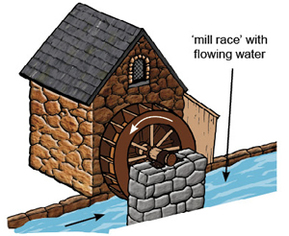 A channel is created to direct water to or from a water wheel. This is called a mill race or simply a "race". The race is typically divided into two sections. The race bringing water from the source to the wheel is a headrace while the race carrying water after it has left the wheel is commonly referred to as a tailrace. 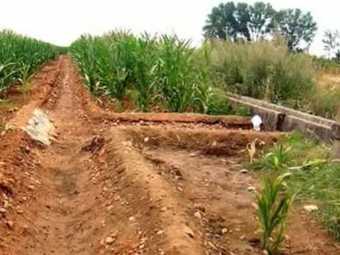 In water wheel history recorded by ancient Mesopotamia, irrigation machines are referred to in Babylonian inscriptions, but without details on their construction, suggesting that water power had been harnessed for irrigation purposes. 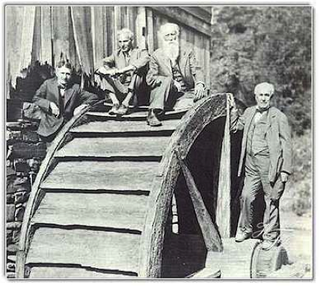 The early water wheel history of the watermill in India is unknown. In India, water wheels and watermills were built for many different purposes.