<---------------
The ancient Egyptians had found out how to irrigate the flood plains of the Nile by digging canals, lifting and pumping water, building dams and locks and by using upstream canals to increase water pressure at lower elevations along the Nile's decent to the Mediterranean Sea.  The Nile River Delta was filled with canals to provide water for several growing seasons including those in times the river flood ran lower. 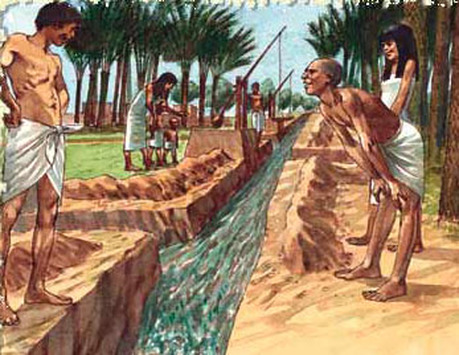 Not only were canals important for irrigation but they allowed the condition to collect grain resources for storage by canal boat to canal boat the grain shipments to sailing ships as the primary means of getting it to the stores.
That is a little background on how important irrigation and water works were to the ancient Egyptian civilisation and how and why the Pharaohs maintained their god like statues for several millennium.

The Pyramids show signs that they celebrate the high technology of the time and that technology was water flow and irrigation. There are many signs that water was used to build the ancient egyptian pyramids. 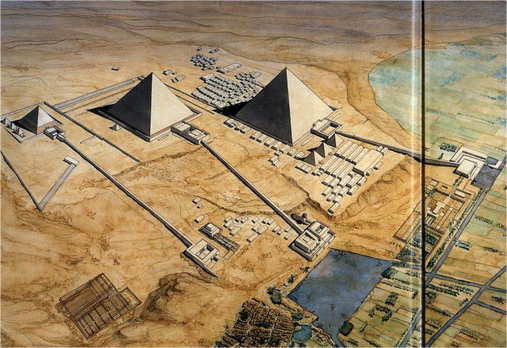 Looking at the causeways and the way they are constructed makes one wonder if they were not once complicated canals that were used to draw water to the site and perhaps to allow floating shipments to arrive at the base of the pyramids. 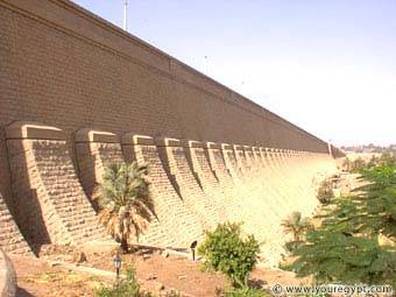 The same technology that allowed the Egyptians to draw water from upstream on the Nile with a canal and run it in the manner of an aqueduct to a higher level downstream than the river basin is one method. Building canals, dams and locks and using various ways to pump and lift water also would have contributed to the effort. 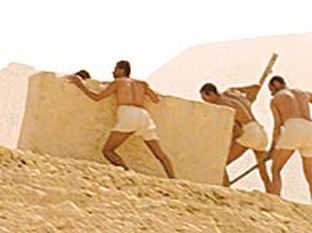 Evidence for a bypass aqueduct has not yet been discovered and certainly nothing had been built to the height of the pyramids and then de-constructed. Using the tightly fitted blocks that eventually became part of the stone mass of the pyramids would certainly have allowed shallow barges and reed mat to lift enormous blocks to higher and higher levels. It might only take a few feet of water, as much as a half the height of the stone blocks to float a heavy block on a raft up from one level to the next up the pyramids. 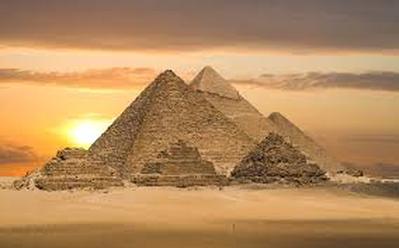 The stone shafts actually do have what look like valves built into them that could be remotely controlled by ropes and levers. By stacking stones with a flotation Chanel between them in a spiral plan and by having workers lift water to higher levels the water could be trapped, pooled behind dam locks and blocks could very easily have been floated to the top of these ancient monuments during construction. Next time you look at pictures of the great pyramids of Giza consider that they may have been built using very simple water power technologies because it really starts to make sense for the achievement.
Powered by