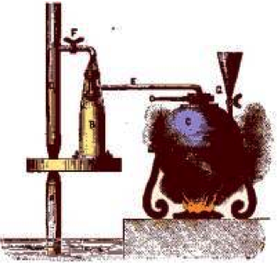 Thomas Savery was an English military engineer and inventor who in 1698, patented the first unprepared steam engine, based on Denis Papin's Digester or pressure cooker of 1679. This is an Illustration of Thomas Savery's Engine around 1698. 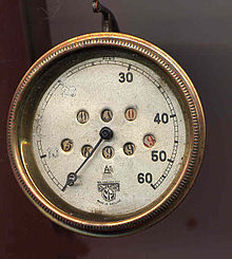 Thomas Savery had been working on solving the problem of pumping water out of coal mines, his machine consisted of a closed boat filled with water into which steam under pressure was introduced. This forced the water upwards and out of the mine shaft. Then a cold water sprinkler was used to condense the steam. This created a vacuum which sucked more water out of the mine shaft through a bottom valve.

Thomas Savery later worked with Thomas Newcomen on the atmospheric steam engine. Among Savery's other inventions was an odometer for ships, a device that measured distance traveled.
Powered by